As the NCAA cancelled spring sports across the Country, due to the Corona Virus concerns, there have been many discussions regarding the potential financial impact to University Athletic Department budgets. 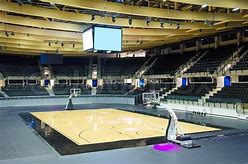 Among the topics discussed has been whether or not it may make sense to reduce the number of sports offered – particularly those sports that operate at a loss.

So, it may be worthwhile to look at how possible reductions in sports might impact Penn State’s ICA.

1) The short answer is that Penn State’s ICA would be hard-pressed to significantly improve its financial picture through eliminating sports – aside from the one outlier of Women’s Basketball.

Aside from Women’s Basketball, none of the so called “non-revenue” (money losing) sports have a huge impact on the PSU Financial Statements.

Aside from Women’s basketball – which loses over $5,000,000 per year – most of the other programs have relatively modest costs.

Any discussions regarding improving PSU ICA’s financial position through reductions of sports, that do not start with eliminating Women’s Basketball (or, at least, greatly reducing the money spent on Women’s Basketball), are relatively meaningless.

You can see the Revenues / Expenditures / Net Cost breakdown for each of Penn State’s sports programs in the table below  (all data extracted from PSU’s 2019 Federal Title IX Report):

– Aside from Football, all of the other 26 sports combined yield a loss of approximately $16 Million… with the Lion’s share of the losses coming from Women’s Basketball.

2) If “cutting” programs isn’t the answer, where could Penn State look, in an attempt to improve the Financial Position of their ICA?

The bulk of Penn State’s expenditures are not for “non-revenue” sports – but, rather, for one of two purposes:

Football Expenditures
and
Administrative Overhead of the ICA

A) Expenditures on Football comprise $42.6 Million per year of the operating budget.   Men’s Basketball and Men’s Hockey – the other two profitable sports – account for another $11.3 Million of expenditures.

B) Administrative Expenses – not spent directly on Sports – comprise $39.3 Million per year of the operating budget.   Athletic Director Sandy Barbour’s annual salary alone, is greater than the cost of any of the “non-revenue” sports (aside from Women’s Basketball)

Those Administrative costs have MORE THAN DOUBLED, in just the first four years under Barbour’s watch.

C) Interest Payments on ICA Long-Term Debt account for another $16.2 Million per year.

3) In Summary:
If PSU ICA is facing financial difficulty (and even if they are not) the only reasonable place to start, with regard to improving its financial situation, is by addressing the over-sized Administrative Expenses.

Arguments can be made For-or-Against with respect to whether or not a University should sponsor money-losing athletic programs.
But cutting “minor” sports does not meaningfully address the ICA budgetary issues – at least not at a University like Penn State.

Even the cost-savings from dropping “minor” sports that are illustrated by the financial statements are – in large part – nebulous.
For most of the “minor” sports, a large portion of the expenses are for Student-Athlete scholarships.
Those scholarship costs are, in actuality, transfers of cash from the ICA to the University’s General Fund – to pay for the scholarships.   Those dollars do not actually leave the University coffers – they simply “trade places” in the financial statements.

Expenses for Administration, on the other hand, are a 100% cost that leaves the University forever.